On Thursday 21st April, Ms Tuttlebee's Science Project class  headed off to DIT Kevin St to present their six projects at Scifest.  The projects included such varied titles as "Can horses see in colour?", "Does music motivate us?", "What's out there? A study of wildlife in rural Meath", "Does the presence of nanoparticles affect suncream?", "The effects of gaming on teenagers" and "Inside the CPU".

After projects had been set up, judges visited the different groups over the next two hours to determine the quality of the projects and the students' ability to communicate their findings to the them.

There followed a break in which students got to hear talks from people in various science careers and also to investigate other research areas with a more hands-on approach.

Finally, came the prizegiving and we were delighted that Jorge, Guillermo and Fernan won the Newstalk prize for best communication skills for their project "Inside the CPU".

Well done to all the students who participated! 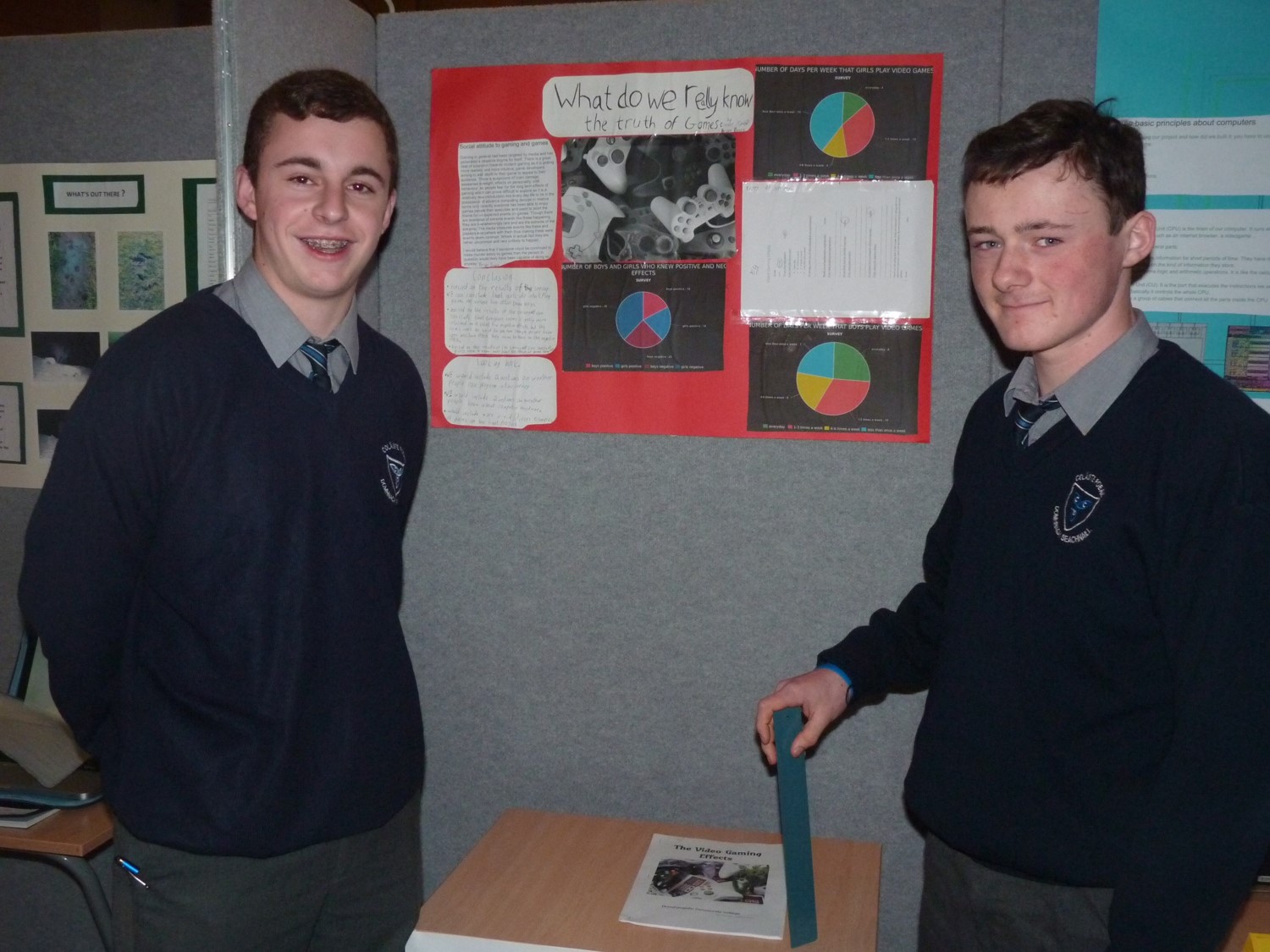